Have a Hearty Sing-Out with Wee Sing America! 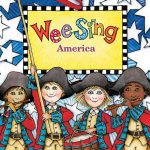 Wee Sing America by Wee Sing is the perfect way to gear kids up for the 4th of July. It’s fun to learn a bit about American history through songs and quotes. Most of the songs are traditional standards, simple to learn, and are ripe for movement and play ideas. Our Bluebee loves to sing, and in addition, he passes down regional dialects and how the nation became the United States of America. Some of my fondest memories of the 4th of July is singing some of these old tunes and watching my sons waving their flags and sparklers high in the air. There is nothing like the feeling of marching or running around the yard with a good old patriotic song to provide you with pride and a sense of home. The playlist is quite extensive with songs from all over the nation and during various points of history. 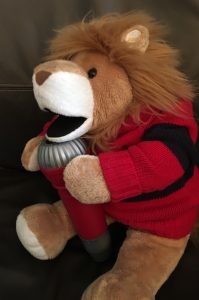 There are 52 selections including songs and quotes from some of our founding fathers and others that shaped our nation such as Martin Luther King Jr. and Abraham Lincoln. In addition, some of the selections lend themselves to a variety of play schemes that extend past the holidays. Paint a cardboard ship adorn it with a pillowcase sail and sing a hearty Anchors Aweigh or Erie Canal or pretend you’re riding horses across the plains in Git Along Little Doggies or a family favorite Sweet Betsy from Pike.  Shucking corn or preparing the table is much more fun with a song or two at a family BBQ.

Some of the songs included are:

Music always adds an element of fun that teaches kids the ability to sequence words in a smooth coordinated manner. For many kids using a melody helps them learn how to initiate familiar expressions that they can begin to generalize to the conversation. All songs are sung by kids which make it more attractive and relative to young kids. Music is always a hit and more playful with Bluebee!