From hammering saucepans to bellowing Justin Bieber in the bath, many children love to make a musical racket. Inevitably, there are apps for that too.

A range of developers have been finding inventive ways for children to explore creative music-making – or the world of music more generally – on tablets and smartphones.

It gets children to choreograph a dancing trio, manipulating their legs, arms and heads rag-doll style to plan moves. They can choose from eight characters, a selection of outfits and five original songs ranging from pop to dubstep, before saving the videos of the final performances. It’s wonderfully fun.

Aimed at five-year-olds and up, Easy Music is an accessible introduction to music theory for children, with animated characters teaching them to recognise notes, pitch, melody and rhythm. Once they have the basics, it’s time to start composing their own music, with a colourful rainbow piano to show off.

Loopimal is ridiculous in all the best possible ways – the ones involving animals as musical instruments – but it’s also very clever in the way it strips down the idea of a sequencer tool to something pre-schoolers can have fun with. They drag and drop shapes onto a timeline to make the assembled animals make sounds and dance.

Is Cookie Monster the new Chris Martin? Alright, no – but he is one of the furry stars of Sesame Street’s latest app. Here, kids get to play virtual instruments with various Sesame characters (Elmo and Ernie also feature) to familiar nursery rhymes. The idea is that they play with the tempo and learn about musical timing as they go. 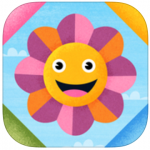 Kapu Bloom Tunes is one of the most creative apps here, blending as it does music and finger-painting on the screen. Children trace their fingers on the garden scene to make melodies, while also sprouting a plant that will sing nursery rhymes. It’s a relaxing, peaceful app that’s a lot of fun.

Finally, a longtime favourite for any parent whose child is learning to play piano. You set up your iPhone or iPad above the keyboard, and then children work through its exercises, with the app listening (via the microphone) to assess their efforts. There’s a virtual piano if a real one is lacking, and plenty of popular songs to learn, bought via in-app purchases.

Has the selection above struck the right tune or missed a beat? The comments section is open for your thoughts on the apps listed here, as well as recommendations for other musical apps for children that we’ve missed out. 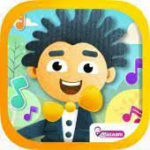 Mazaam – The Musical Genius is an edutainment app that uses classical music as an educational tool and contributes to the global development of children ages 4 to 6. Mazaam immerses children in a world populated by funny animals. The challenge? Reunite sea lion families, feed eagles or help boisterous squirrels get to bed… While listening to classical music! 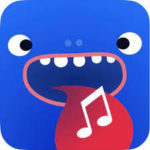 Mussila is an award-winning music learning app for children. It allows kids to explore the world of music on their own and gives them the opportunity to gain knowledge without continuous external help. The app provides hours of musical lessons, games, and challenges, carefully crafted by musical experts and educators, designed to provide a joyful experience. Mussila is perfect for beginners. 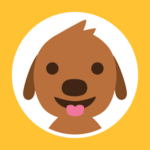 Play a song for your furry friends as you go on a musical adventure. This adorable touch-anywhere app is perfect for toddlers. Every tap fills the world with art and music. Playful songs, beautiful artwork and hilarious characters make this app a joy for young children. 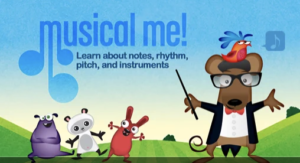 Musical Me. Nursery Rhymes for Children

Musical Me takes kids on a musical learning journey! Through a variety of activities, kids will learn musical FUN-damentals like notes, rhythm, and pitch. This award-winning musical experience teaches notes, rhythm and pitch. Join Mozzarella the Mouse in a musical world with 5 activities that teach the fundamental components of music. AGES: 2-6. 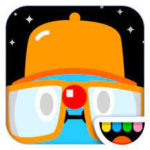 Toca Band is getting ready for their big concert and needs your help to mix beats and sounds together for their hit song! Toca Band is a fun and easy toy that encourages children to explore music in a new creative way! Choose from 16 different cool characters – each with their own unique quirky sound and musical rhythms. 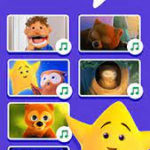 Super Simple makes learning fun and simple for pre-schoolers! Used in homes and classrooms all over the world, our educational songs and shows are some of the most trusted and beloved on the internet. 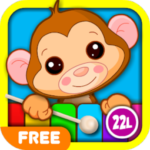 Baby Piano for Kids and Toddlers

Musical Puzzles is a musical toy for babies and toddlers developed by an award-winning educational studio, 22learn. Children will love 10 engaging games that nurture the aspiring little musicians’ creativity, motor skills, and appreciation of sounds and music.