In-App Purchases (IAPs) can be quite confusing. Some programs allow you to purchase extra features, some sell the program as a subscription and still others that remove 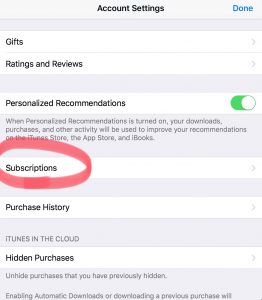 ads or other inappropriate components for children. Making an app can be quite expensive. Most app developers see little return for their money and have used IAPs to help recap those expenses so that they can continue to stay in business. Here at Bluebee Pals, let us help you demystify what IAPs you may want to embrace and ones you may want to consider avoiding when obtaining apps for little ones.

Apps that contain more features or functions are at times a way to grade the difficulty of an app by giving kids the chance to learn and gain competencies before adding more. By giving parents a choice of when to roll out new features, the visual or auditory input can be contained until a child is ready to handle more demands from an app. 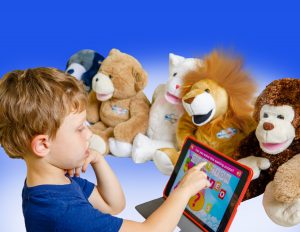 Subscriptions can be expensive, but weigh out the features presented before discounting their value. Some set of apps are appropriate for a specific age group or skill set and are well worth the short time a child may play with them. Most subscriptions add new features on a regular basis that make the subscription a value buy. Edoki Academy, Sago mini, and StoryToys are all trusted brands that have a child’s well being at the core of their development.

IAPs that allow you to try an app before you buy it is also great for seeing how your child responds to an app. Not all apps have universal appeal, and you never know what a child may like or reject until they begin to play. I have been pleasantly surprised at responses from children. Apps that I think are winners are not and likewise ones that I thought would not make it, were well received. In-App purchases that remove ads have always seemed somewhat questionable to me. I don’t like anything that may pose a potential threat or may contain inappropriate material to kids or families. Many ads are advertisements for apps that are addictive or violent. If you want an app that includes the feature to remove ads, play in its entirety, to see if the ads are indeed removed (and purchases don’t have to be “restored” with subsequent play). 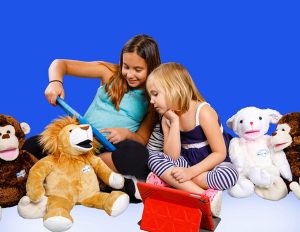 Be wary of IAPs that disguise having you shell out your hard earned money for a bucket of coins, gems, candy or bunnies to continue play. Don’t be fooled by big names or characters that your kids see on TV. These apps are designed with enticing incentives to not only keep kids playing but also to empty your pocketbook as well. Gameplay is based on theories of addiction that reinforce your reward center. Initially, all efforts are rewarded with bonuses. Bells, whistles, and prizes are plenty. BUT, kids will quickly run out of coins or gems to progress and will need to purchase more to continue at their current rate of reinforcement. I purposely played an app with these features recently to see how long it took to run out of luck and would need to buy more of some known quantity to keep the game in motion. The app had features of receiving “rare” prizes and collecting a variety of different animals, goods, and characters to improve my level of “mastery.” What amazed me, is that it took about a week, and then I ran out of the currency the game used. My rewards dwindled, and I had pop-ups telling me how much better my experience would be if I only purchased X. Collecting is a strong motivator and also a robust play scheme, but do you need to spend 100s of dollars – especially at an early age? Also, I became agitated and upset when I didn’t receive what I wanted. If you should see a sudden change in behavior when your child plays a game; again be wary of in-app purchases.How can you spot one of these potentially harmful and exploitive apps?

Look at the In-App purchase information in the App Store. If it lists “a case, a bucket, or 100s” of a particular item, listen to your radar because it’s accurate in knowing what apps with IAPs to avoid.

Not all IAPs are contrived. As stated above sometimes it is useful to play an app without adding dozens of features so that a child can be successful before adding more.
The best advice, however, is to play with your child as the shared experience and interaction creates fond memories over a lifetime.